Standoffs are used to separate, position or connect components in an assembly. Originally designed for spacing and stacking circuit boards, standoffs are now available in a wide variety of materials, platings, threads, and length combinations for different applications. Threads are compatible with other standard, Off-the-Shelf hardware, with custom threads available upon request. Common customization options include unique threads, custom lengths, and non-standard thread depths. Other changes are often easily incorporated into production.

Standoffs were developed as electronics evolved and became more complex in the number of components and circuit boards being used. Designers and engineers needed to add strength and rigidity to the assembly. Spacers were first used for this purpose and allowed for a screw to pass through the spacer and board and then being attached with a nut. This worked well when only stacking a few boards and/or doing smaller quantity production. When production volumes increased, standoffs were designed for faster assembly as they reduced the number of fasteners needed and made stacking several boards together more feasible. These same benefits were quickly picked up on by other industries and standoffs are now found in medical devices, aerospace, electronics, industrial designs, consumer goods and many other applications.

When designing and choosing a Standoff for your next application, it is easiest to think of standoffs as 3 separate sections; the two threaded ends and the main body.  The below guide will help you think through those 3 sections and provide the common information needed for finding the right standoff.

These are also referred to as a Threaded Spacer and come with female threads on both ends of the part. This allows for a screw or male standoff to be installed on either side. In shorter lengths, standoffs will be threaded through the entire part, where longer standoffs are threaded to a minimum thread depth. Female Standoffs can also include a “Swage” end providing a more permanent installation option.

These have one end with a male thread and the other end has a female thread. These are excellent for use when stacking circuit boards as each male thread can be installed into the mating part’s female thread. This quickly reduces the number of fasteners needed in the assembly while also reducing installation time.

This has male threads on both ends and are used to connect 2 female threaded components. These are also commonly utilized as thread adapters to convert a female thread to a male thread. Male ends can be the same or a different thread for a wider range of applications. 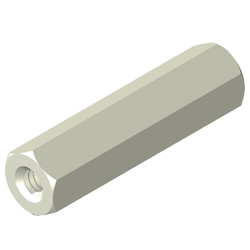 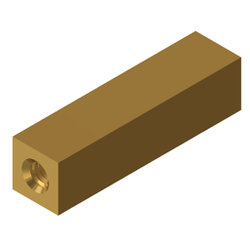 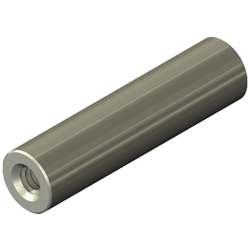 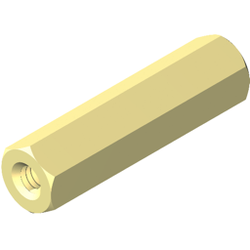 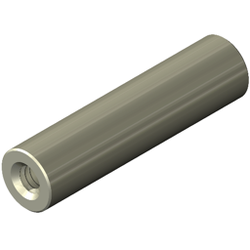